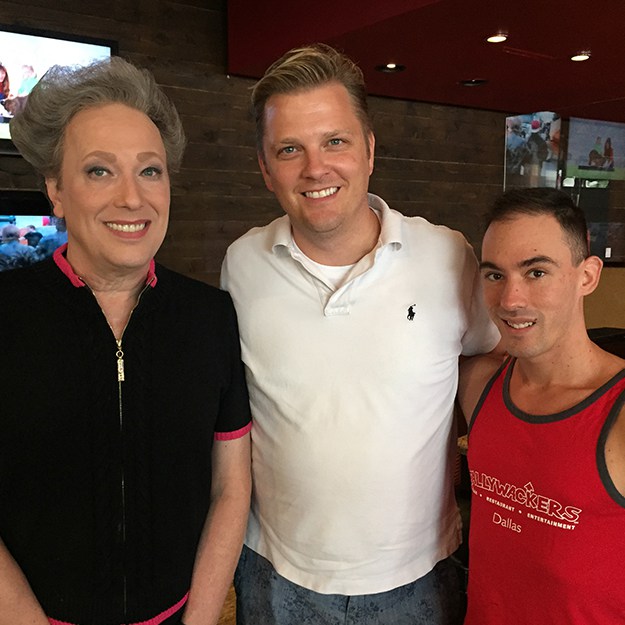 Today, my dear, hilarious friend Craig – who you may know as the twisted mind behind the popular “Well, Let Me Say This About That” vlog – and I lunched at Tallywackers, the newly opened restaurant in Dallas’ gayborhood that’s been billed as the male version of Hooters.

Between the media coverage we’d seen and the subtle-as-an-ax-wound name, I was really expecting – hoping, even – for Tallywackers to be a thoroughly trashy experience. I had visions of Karen Walker visiting Taco Time as her guilty pleasure. Of Craig and I dining under assumed names. Anastasia Beaverhousen and Helen Van Patterson-Patton, maybe. Of running into people we know, but choosing to not acknowledge that any of us were there as we hid behind our oversized sunglasses, head scarfs and floppy hats.

Unfortunately, it was none of those things. Not even close. “Bizarre” is the word we decided best describes the place.

First, the restaurant itself:
We were expecting campy, fun and playful with lots of energy and silliness. Instead, we were greeted with muted colors, plush booths, butcher block tables and original art on the walls. It looked more like a fine dining establishment where the waiters conspired to wear gym clothes to work while the manager was away on summer vacation. Aside from the “woo girls” a few tables over (we’ll get to that later), the place is sedate and, dare I say it, sophisticated.

The clientele:
Including Craig and me, there was only one other gay man in the restaurant. The rest were middle-aged career women in sensible shoes out for a “crazy” work lunch…and pairs of women with young children. I kid you not. From babies in high chairs to elementary school kids celebrating the final days of summer break, there were at least a dozen children. In a restaurant. Called Tallywackers. The target audience, at least for mid-week lunch, is not gay men. It’s straight women looking to jazz up their day. Many friends have given similar reports.

The food:
I don’t have much to say about the food. I have a firm rule that anything edible at a place named after the male sex organ must be deep-fried. And all fried food tastes good. That’s why my pants don’t fit as well as they used to.

Admittedly, it hurt to have a skinny little bitch with a barely-covered tight ass serve me a giant plate of glistening, golden brown goodness, but the fries made it feel better.

The Tallywackers:
The guys are not unattractive. That said, there wasn’t anyone who flipped my dirty old man switch. Craig concurs. As expected, the shorts were short and the tank tops tight, but it’s not really anything that we haven’t seen at the bar around the corner or that one time we went to the gym.

Ultimately, the place suffers from a lack of commitment to its schtick. They should have gone balls out, so to speak, with the concept. I think that most people go there expecting it to be silly, playful and naughty. A guilty pleasure.

Instead, it’s a place that I could (but I wouldn’t) take my born-again Christian mother and she’d likely comment that the young boys in their workout clothes were adorable as she asked for more iced tea.

And who wants to waste a good assumed name on that?!

Let Me Say This About That 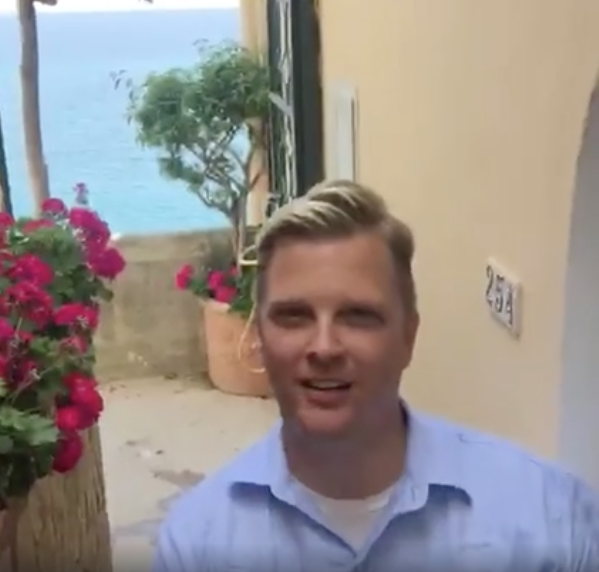 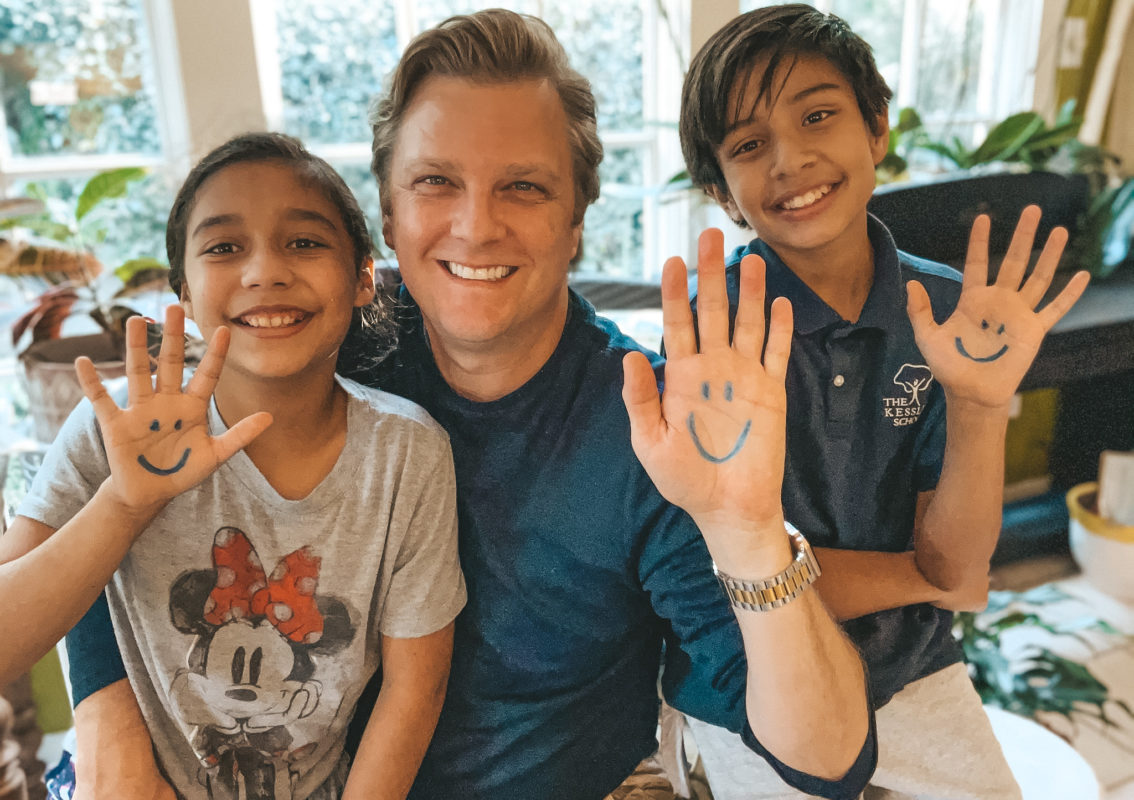 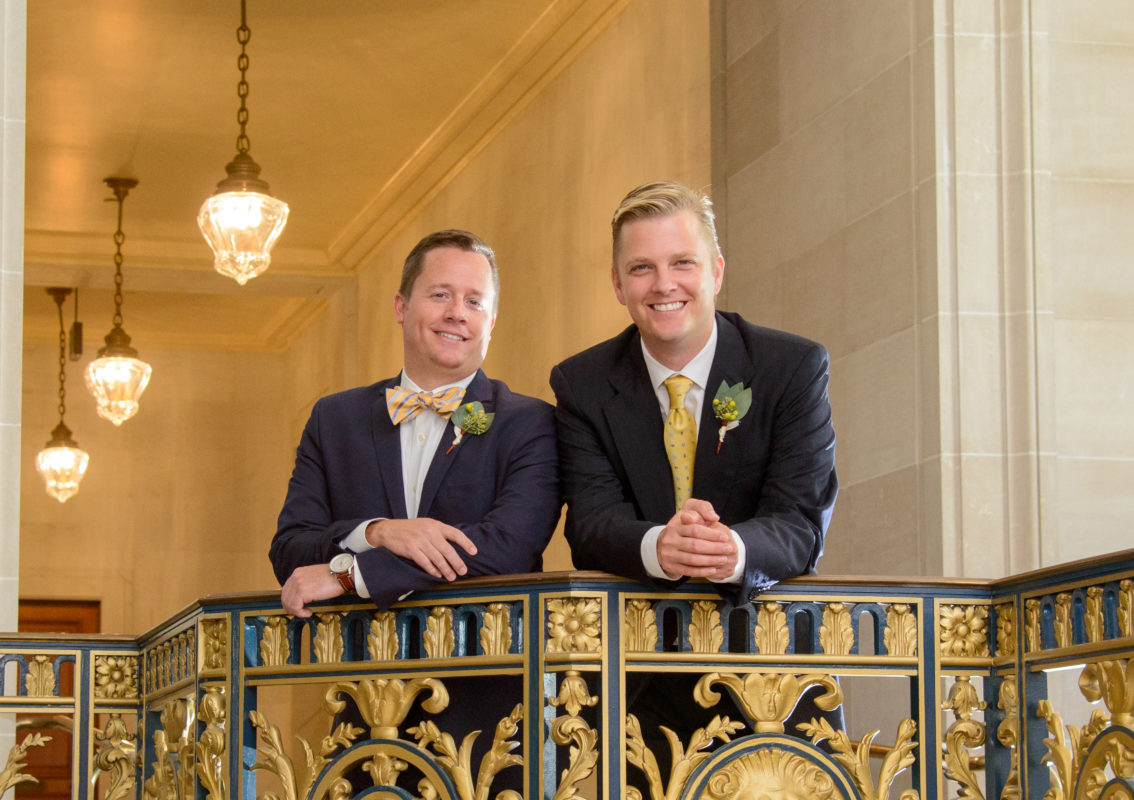